Why the future is bright for solar shingles 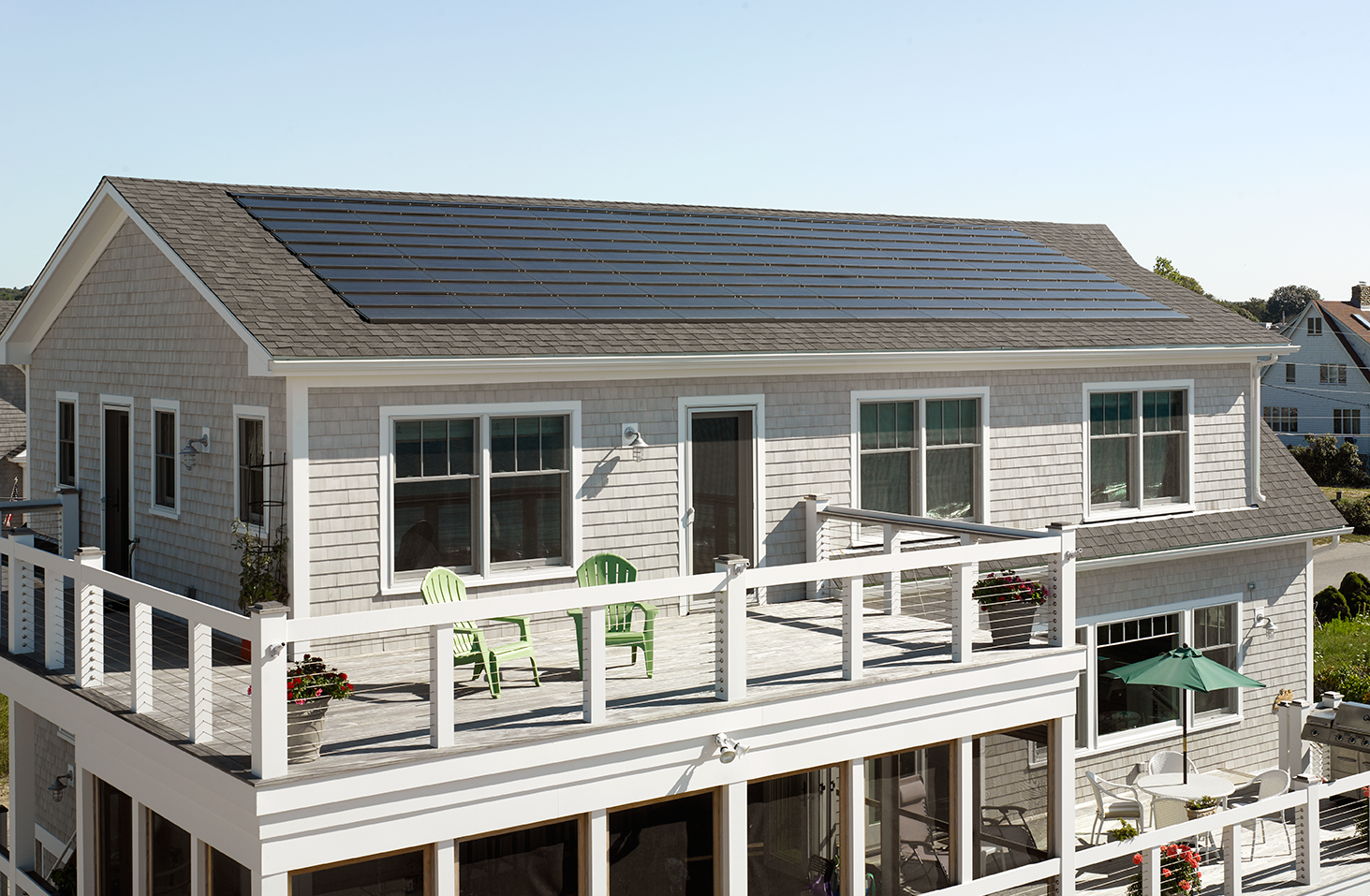 When the Dow Chemical Company's announced that it was discontinuing manufacture of the Powerhouse solar shingle, some in the media began offering up obituaries for building-integrated photovoltaic (BIPV) technology. Then came Elon Musk's announcement that his Tesla venture was delving into the market - seemingly re-injecting life into the conversation - yet we at CertainTeed have strongly believed in the future of integrated solar since we began offering BIPV products in the late 2000s.

This article covers three reasons why homeowners continue to choose roof-integrated solar and why the BIPV market is poised for growth in the years ahead.

Before making a comparison between solar shingles and conventional solar panels, you have to know something about the condition of the homeowner’s roof. If the roof shingles are deteriorating and need replacement, it can be more cost effective to install solar shingles than to replace the roof and install roof-mounted solar.

There are other reasons why homeowners may prefer roof-integrated solar. Structural limitations could mean that traditional solar panels would compromise the integrity of the roof while lightweight solar shingles would not. Homeowners’ associations might favor the low profile of roof-integrated solar that blends in with neighboring homes, as might any homeowner with solar access on the front side of the home.

No two homes are exactly alike. Just as some residential solar projects use technology to mitigate the effects of shade on energy production, others use solar shingles where conventional solar panels would not be cost effective or may be altogether unfeasible.

The biggest knock on other solar shingles has been that the thin-film solar cells they use produce energy with less efficiency than solar panels using crystalline silicon cells. This criticism cannot be applied to all BIPV products.

For years, companies operating throughout the solar value chain have been under intense price pressure, especially solar module manufacturers. The residential market in the US has been particularly competitive because so many projects are owned by tax equity investors who favor low prices and a swift return on investment.

As system prices continue to fall and homeowners take advantage of loan financing to own solar projects themselves, the market is likely to see more demand for premium solar module features that provide better aesthetics, durability, and overall quality.

CertainTeed is North America’s leader in sustainable building products, bringing years of experience to develop a solar roofing system that delivers energy and long-term protection for the home. Homeowners choose our solar shingles because of our unrelenting commitment to their long-term success.

At CertainTeed Solar, we’ve built a business around the solar shingle backed by a nationwide network of builders and distributors and an extensive warranty covering the product, installation workmanship, and solar energy production. The product will continue to be available far into the future.

The Strongest Warranty in Solar Roofing

Why You Need to Be Picky When it Comes to Solar

to chat with a
representative*